No Result
View All Result
Home KNOW OUR OILS

by Aceite Oliva Online
in KNOW OUR OILS
0

Did you know that there is a route that will surprise you amidst a sea of olive trees, with the smells of the Andalusian countryside and full of castles hanging from the mountains? All this, together with nine impressive metal viaducts dating from the end of the 19th century, are the main features of the 55 km route of the Jaén Olive Oil Greenway.

On the Olive Oil Greenway you can enjoy attractive landscapes and the legacy of a rich history. The extension of this route through the neighbouring lands of Cordoba, via the so-called Vía Verde de la Subbética, completes an incredible 112 km of the Vía Verde del Aceite.

This route is one of the best options for those who like to discover destinations on foot or by bicycle while following a gastronomic and cultural route. If you want to know more about this itinerary that takes you to discover the best of the liquid gold of Jaén, in this post we explain what it consists of.

What is the Jaén Olive Oil Greenway

The Jaén Olive Oil Greenway is an attractive inland tourism offer based on the use and recovery of the infrastructure of the old abandoned Jaén-Campo Real (Córdoba) railway as a green corridor for the practice of cycle tourism, hiking and other sports in direct contact with nature.

This route is part of what is known as ‘oleotourism‘. Built between 1882 and 1893, this railway belonged to the Linares-Puente Genil line, which throughout the 20th century was dedicated to the transport of different metals from the mines of Linares and, especially, the abundant olive oil to the port of Malaga and the markets of the south of the peninsula, which is why it was popularly known as the Oil Train.

But with the passing of the years, economic changes and improvements in infrastructure, the line went into decline, closing down completely in 1985. Years later, the idea of reviving it arose and a green route was designed along which cyclists and hikers can travel and discover the richness offered by a path of olive trees in the inland paradise of Jáen. 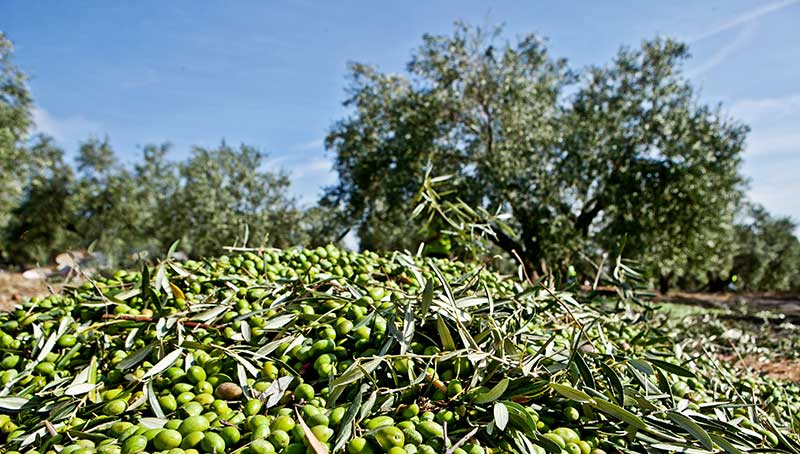 Itinerary of the greenway

The 55-kilometre route, from Jaén to the Guadalhoz River on the border between the provinces of Jaén and Córdoba, winds through olive groves that form a landscape of a veritable sea of olive trees dotted with Andalusian farmhouses.

The presence of the Jabalcuz, La Grana, La Caracolera and Ahillos mountain ranges, located very close to the south and east of the greenway, add variety and beauty to the landscape.

The route passes through 2 tunnels and 9 viaducts, starting at the edge of the town of Jaén next to the municipal sports complex of Las Fuentezuelas. It passes through the stations of Torredonjimeno, Martos, Vado-Jaén and Alcaudete. It crosses a multitude of rest areas, viaducts, tunnels and metal bridges that allow it to cross roads and motorways.

The monuments of Jaén, the medieval castle of Alcaudete, the medieval bridge of Víboras and the archaeological route of the Torreones are of particular interest to tourists.

All of this is part of the practice known as ‘oleotourism’.

The importance of olive oil tourism

Enjoying a day surrounded by olive trees, learning how olive oil is produced or learning about the different varieties of olive (such as arbequina, picual or royal), is what is known as olive oil tourism. It is tourism focused on the production of olive oil and its aim is to disseminate the main characteristics and processes involved in the production of extra virgin olive oil.

Olive oil tourism reinforces the multifunctional character of olive grove landscapes in such a way that, by making sustainable use of existing resources, it contributes to increasing the well-being of the entire rural population. 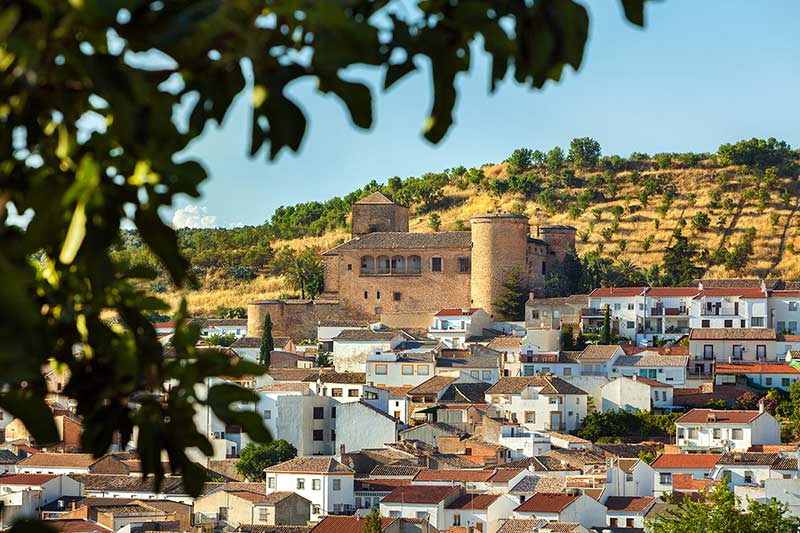 The routes offered by olive oil tourism, apart from the Vía Verde del Aceite de Oliva de Jáen, allow you to organise walks along olive grove paths where you can see and visit the so-called almazaras (mills where extra virgin olive oil is made).

The health benefits of the so-called liquid gold are many. The consumption of extra virgin olive oil helps to increase HDL (good) cholesterol in the blood, and decreases LDL (bad) cholesterol, in addition to the benefits it brings to the cardiovascular system.

At Aceite Oliva Online we are aware of this, which is why we offer you the best gourmet extra virgin olive oils so that you can enjoy their unique flavours. All our products have a Quality Guarantee and are new harvest oils. 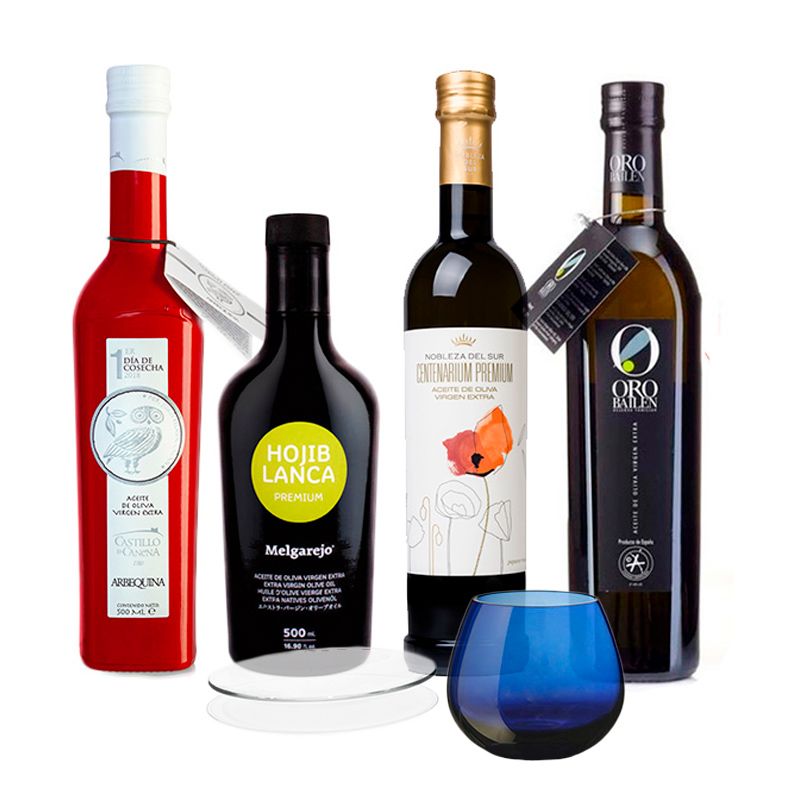 Visit our shop or contact us to taste the best gourmet olive oil from Jaén.

Get to Know Best Olive Oils in the World

A great detail. Giving olive oil as a gift for communions

A great detail. Giving olive oil as a gift for communions